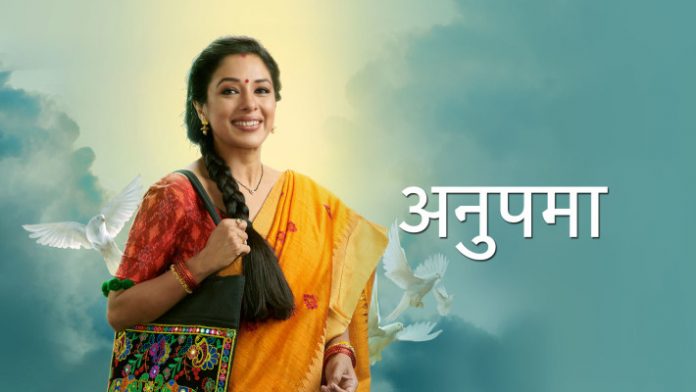 In the latest episode of Anupamaa, we’ll watch that Anupama signs divorce paper and asks Vanraj to signs it. Vanraj picks up the pen and hesitates while signing the papers. The Counsellor then suggests them to think again about your decision for 6 months.

Anupama says that my decision is final and hope Vanraj will also be the same to keep the decision further. Anupama greets the counsellor and leaves the office. She also thanks Vanraj and going away but Vanraj stops her. Vanraj says that one of his friends got divorced las year. Vanraj says that he used to think that it was a casual decision, but now he is realizing that it isnt.

Vanraj says our years of relationship end just with a signature. He then apologized for all the things again and asks for forgiveness. Anupama replies that she seeks salvation from him and then she will forgive him for sure. He asks if she forgives him, Vanraj then says that Bapuji was right he couldn’t be happy in his life after what all he did. After an emotional conversation, Anupama suggests him living with Kavya happily.

Anupama leaves a smile to him, Vanraj there sits on a bench recalls everything. Anupama also reminiscing their happy moments along with the betrayal of Vanraj. They both look at divorce notice and tears come out of their eyes. Vanraj returns to Kavya’s house and Kavya asks what all happened there.

Vanraj informed her that divorce will be finalized soon. Vanraj then asks for Kavya’s divorce, Kavya replies that if he is not happy to take divorce from Anupama. Kavya says that everything will be all right and they are going to throw a lavish party on her birthday.

Anupama returns home and the entire family is waiting for him and asks why didn’t you receive the call. Anupama informs everyone that divorce will be finalized within 6 months. Next day Baa taunts Anupama and say that her son birthday will be celebrated here only if someone likes it or not. Later she notices, that Anupama is preparing Vanraj’s favorite food for his birthday.

Kavya there tries to take Vanraj to resort to celebrate his birthday. But Vanraj says that it is a family thing. Kinjal overhears Kavya ‘conversation to send Pakhi to Anupama’s house for 2 days. Baa and Vanraj have emotional words over the call. Anupama gets concerned for Pakhi’s sad voice. Stay tuned with Social Telecast for more written episode update on Anupama’s next episode.

Yuvraj pleaded in High Court to avoid arrest, what is the matter!

Yuvraj pleaded in High Court to avoid arrest, what is the matter!

Ashwin became the second fastest bowler to take 400 wickets, made a record by dismissing this batsman