Ajay Devgn’s real name is Vishal Devgn. Along with Shah Rukh Khan, Salman Khan, Aamir Khan, and Akshay Kumar, Ajay Devgn has been a prominent actor in the film industry for the last 30 years. He is one of the most versatile actors Bollywood has ever produced. Today, we will look at Ajay Devgn’s upcoming movies.

Ajay made his Bollywood debut with Kuku Kohli’s romantic-action film Phool Aur Kaante (1991). The movie was a huge hit at the box office and Ajay becomes an overnight sensation. He won the Filmfare award for the best debut actor and since then there is no looking back. 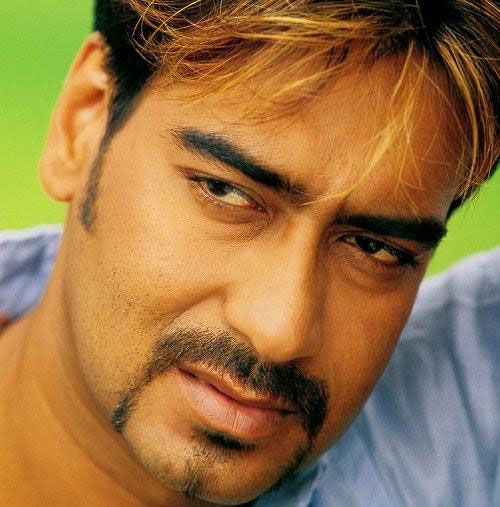 After Phool Aur Kaante, Ajay emerged as one of the best action heroes of Bollywood with films like Jigar, Dilwale, Diljale, and Suhaag. All these films were decent hits at the box office. With the release of Zakhm in 1999, Ajay shifted his gears to sensitive and serious movies. He won the best actor national award for the film. After Zakhm, Ajay worked in many serious drama films like Gangajal, Yuva, The Legend of Bhagat Singh, and Once Upon A Time In Mumbai.

His fans always expect something new every time his movie hits the silver screen. The actor has given us mind-blowing movies in the last few years in movies like Drishyam, Raid, and many more, that not just impressed the audience but also performed well at the box office. Let’s have a detailed look at Ajay Devgn upcoming movies releasing in 2021 and 2022.

1) Bhuj: The Pride of India

Director: Abhishek Dudhaiya
Producer: T-Series, Paranoma Studios
Starcast: Ajay Devgn
Genre: Drama, War, Historical
Release Date: In the first quarter of 2021 (Digital release on Hotstar)
Synopsis: Set during the Indo-Pakistani War of 1971, the film is about the life of IAF Squadron Leader Vijay Karnik, the then in-charge of the Bhuj airport who and his team reconstructed the IAF airbase with the help of 300 local women.

Happy to announce my next film, #ThankGod

Director: Ajay Devgn
Producer: Ajay Devgn
Starcast: Ajay Devgn, Amitabh Bachchan, Rakulpreet Singh, CarryMinati
Genre: Thriller
Release Date: April 29, 2022
Synopsis: MayDay marks the Bollywood debut of YouTube sensation CarryMinati, whose real name is Ajey Nagar. Nothing much has been revealed about the plot of the film as it is a thriller.

Director: Not announced yet
Producer: SR Prabhu
Starcast: Ajay Devgn
Genre: Action, Thriller
Release date: Postponed due to the COVID-19 pandemic. The new release date has not been announced yet.
Synopsis: The film is an official Hindi remake of the south blockbuster film Kaithi.

We will update this list as soon as we get more details on Ajay Devgn upcoming movies. What are your expectations from the above-mentioned movies? Share your views with us in the comments section. The article was last updated on 16 December 2020.

Upcoming movies of other Bollywood stars

Disclaimer -9mmnews does not in any way aim to promote or condone piracy. Piracy is an act of crime and is considered a serious offense under the Copyright Act of 1957. The purpose of this page is to inform the general public about theft and encourage them to stay safe from such acts. We request you not to encourage or engage in any form of piracy.

Voting in 8 phases in West Bengal, three rounds will be held in Assam, results of 5 states will come on May 2

Rakhi Sawant’s mother, who is undergoing treatment for cancer, said this about her wish, daughter and son-in-law

My mother gives advice on eating fennel everyday, here is the scientific basis of her talk

Voting in 8 phases in West Bengal, three rounds will be held in Assam, results of 5 states will come on May 2

Rakhi Sawant’s mother, who is undergoing treatment for cancer, said this about her wish, daughter and son-in-law

My mother gives advice on eating fennel everyday, here is the scientific basis of her talk

Celebrate Holi in this Bollywood style, these clothes will help

These 7 things are weight loss superfoods, eating in breakfast will show effect in 15-20 days