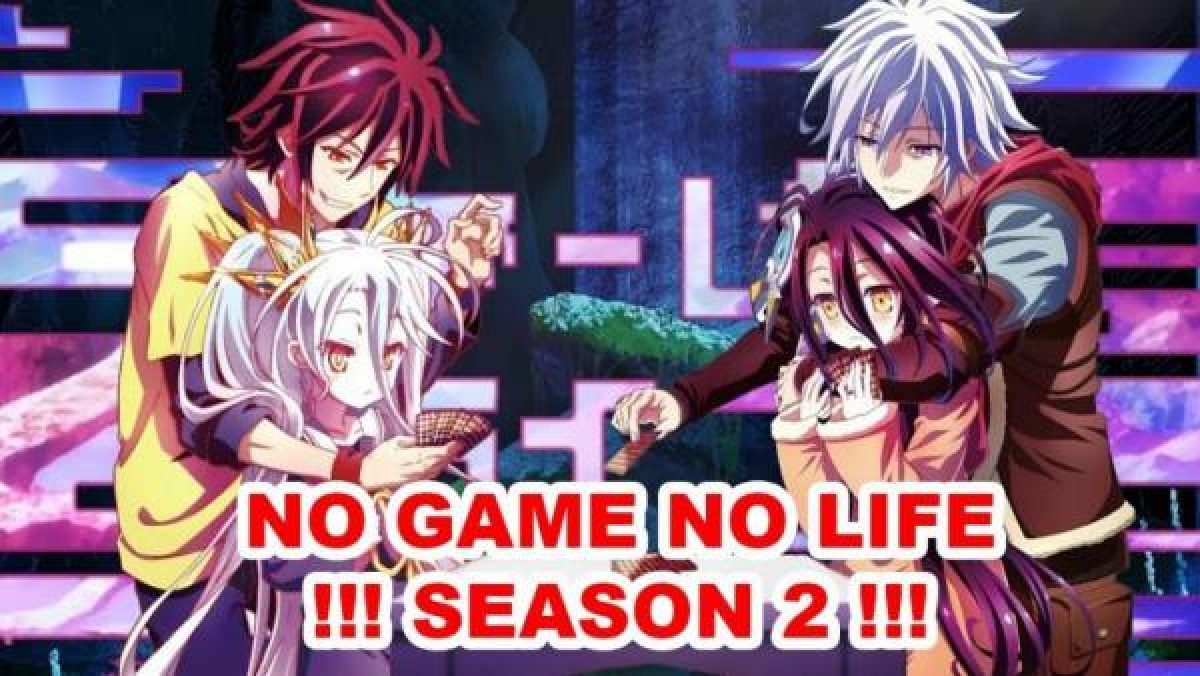 Why there is no ‘No Game No Life Season 2‘ yet? Will it ever return? What the probable release date? Check out the latest updates 2021.

Are you surfing on the internet for No Game No Life Season 2? Well, not only you millions of fans across the globe are waiting for the next season of this anime. No Game No Life is a popular isekai anime based on the novel of the same name. The first season consisted of 12 episodes started airing in Japan on April 9, 2014. The last episode of the first season aired on June 25, 2014, and since then the fans are waiting for its second season.

Fans are questioning why there is no sequel even after six years since the hugely successful season 1 was released. Without the second season, we will never understand Sora and Shiro battle the other races of Disboard or see if they succeeded in defeating the God of games Teto.

Will there be no Game No Life Season 2?

The best way to find out if there will be another season of an anime is by having a look at its source material, sales, and buzz and hype (trend). We have analyzed these factors for No Game No Life. Based on our research, here is what we feel about the possibility of its second season. Let’s discuss all major factors in detail:

1) Do We Have Enough Source Material For No Game No Life Season 2?

How many volumes of No Game No Life light novel have been released?

At the time of writing, there are ten light novels available for No Game No Life. The light novel series written by Yū Kamiya and published by Media Factory started publishing originally on April 25, 2012, and the last volume was released in Japan on January 25, 2018. For the last two years, no new volume released for the series.

Besides, it also has two manga series, of which the other manga is a spin-off. Written and Illustrated by Yū Kamiya, the manga series was first released on November 23, 2013, and the last one was released on January 23, 2018.

How many volumes of light novel series were covered in the first season?

Is No Game No Life still ongoing?

Six volumes of ‘No Game No Life’ novel series are still left to be adapted. This is more than enough source material considering that the first season used only 3 volumes. However, the bad news is that no new volume of the light novels released in the last two years.

Profit and sales of an anime series are important factors in predicting the future of the anime series. An anime series should drive sufficient profit to its makers, and if it doesn’t, it demotivates the makers to go for another season and incur such high expenses.

For No Game No Life, we only have one season released yet. So we just have to focus on how the season performed and how much profit / loss it made for makers. Anime creation requires a lot of investment. Anime series like No Game No Life requires an investment of around 2.5 to 3 Million dollars.

Many anime series fail badly and not even manage to recover the investment. For example in the case of Tokyo Ravens hence there is no Tokyo Ravens season 2 to date. The same is the case with Chivalry of a Failed Knight season 2.

Blu-Ray Sales for No Game No Life

Blu-ray is not much popular nowadays. Very few people these days want to purchase Blu-ray disks as most of the animes are available on OTT platforms. Talking about No Game No Life, it got released on six disks in Japan, and each sold, on average, around 9,000 copies.

Also, the series got a BD-Box on February 24, 2016. It sold around 1,000 copies only. The chances of getting a continuation are much more if the series Blu-ray sales cross over 10,000 copies per disk.

The sales of the Light Novel Series is terrific, to say the least. In fact, it is in the top 5 best sellers by volume along with series like Overlord.

No Game No Life Merchandise and Movie Profit
Advertisement

The series has 45 figures available as the merchandise that includes Schwi, Izuna, Stephanie, Jibril, Shiro. Merchandise sales are also pretty good and it definitely gives a good chance for No Game No Life season 2.

No Game No Life franchise has made a good amount of money for its creators through novel series, manga, movie, and merchandise. So, profitability shouldn’t be a reason for creators to stop producing season 2.

3) Buzz and hype for No Game No Life Season 2

In deciding the destiny of an anime series, the most important is to have a look at its buzz and hype. In most cases, sequels are less popular than the first season. There are occasions when there is no buzz or hype for another season. This generally happens when the first season fails to meet the expectations. That’s what happened to Tokyo Ravens and why there is no Tokyo Ravens Season 2.

We can check the buzz and hype for an anime by looking at its official website, Google Trends, Social Media Handle, and new merchandise.

At the time of its release in 2014, the popularity was at its peak. Since then, there is a huge drop in the trend of No Game No Life. When the movie No Game No Life: Zero was released, the trend went up by 30%. Still, No Go No Life term has an average monthly search of around 185K worldwide.

Some new figures of merchandise have been announced recently at WonFes in 2020. These figures were of Shiro, Jibril, and Schwi. It is excellent news that when the series has been lowed down, new merchandise is being announced. This increases more chances for getting a Season 2.

No updates on novel book series in the last 2 years

A big reason to worry for NGNL fans is that the release speed of novel books is very slow. The latest No Game No Life novel book volume 10 got published in January 2018. Since then there is no release which definitely put a question mark on anime’s future.

Even after six years of the first season’s release, No Game No Life is popular among fans. So, popularity should not be an issue with the creators.

Will there be NGNL Season 2?

There are reasons for and against the continuation of NGNL. The series may or may not get its second season. Looking at its source material, the drawback is that volumes of the light novel series are released very slowly. Only two volumes were released in the last four years. We also heard that there were some health issues with the novelist Yū Kamiya. However, it seems as if another volume of the novel will be out this year.

Moving to the most important factor, profit and sales, we found that the series has made a satisfactory profit through Blu-ray copies, Light Novel Series, Movie, and Merchandise sales. The only barrier in the sales and profit section is Blu-ray sales, not that that was not bad either.

Coming to the popularity of the series, it has a big fan base but the fans are leaving their support as a matter of time. It’s been a very long time since the anime and the movie got released. The anime is slowly deleting from everyone’s memory. However, new merchandise helps it a lot, and the movie as well pulled up the trend for the series.

We can say that all you have to do is to wait. There is hope that the series will get another season, it’s just a matter of time. The light novel volumes are getting released very slowly. Also, the production house madhouse is busy in the production of other animes.

There is a 70% chance that there will be No Game No Life Season 2 though there is a 30% chance of not getting it.

No Game No Life Plot

The anime series follows a group of human gamers seeking to beat the god of games. They are trying to do so at a series of board games in order to usurp the god’s throne.

No Game No Life Characters

A look at lead characters and their voiceover artists:

Sora and Shiro: Sora is an eighteen-year-old male who is a genius in making strategies while his eleven-year-old stepsister, Shiro, excels at calculations and logic.

Stephanie Dola: Stephanie is a teenage girl and granddaughter to the previous king of Elkia, the nation inhabited by humans. She has a lot of knowledge but lacks the intuition to win games.

No Game No Life English Dub

You can stream the English dubbed episodes of ‘No Game No Life’ on Crunchyroll, Amazon Prime and Hulu. You can also stream it on Netflix with its original Japanese audio and English subtitles.